From the mountains of Eswatini to the forests of Vermont...

Sebenele 'Sbobo' Ndlangamandla has been exploring her love for photography at Bennington College - a small liberal arts college nestled in the forested New England state of Vermont. For this project, Sbobo worked closely with New York University's Terry Boddie, whose work as a photographer and mixed media artist explores the historical and contemporary aspects of memory and migration and globalization.

Below we profile Sbobo's photography project titled,"African Stories Told By Africans For Africans".

AFRICAN STORIES TOLD BY AFRICANS FOR AFRICANS ­ A Self Portrait Project

“Who else is going to change our narrative but us?” ­ Amina Mohammed

The aim of this project is to represent how Africans need to take back the agency when it comes to how they are visually represented. For a very long time since colonization, the idea of who and what the people of Africa was sold mostly by white Europeans who had no idea of what it was like to be African. Europeans would take very descriptive full body photographs of the African Natives in the areas they settled in and these would be exhibited back in Europe. These photographs were used to show how different and exotic the people of the far land of Africa were. Natives were made to pose in ways that were appealing to the European photographer, i,e. in a way that highlighted the features that they wanted those back in Europe to see. 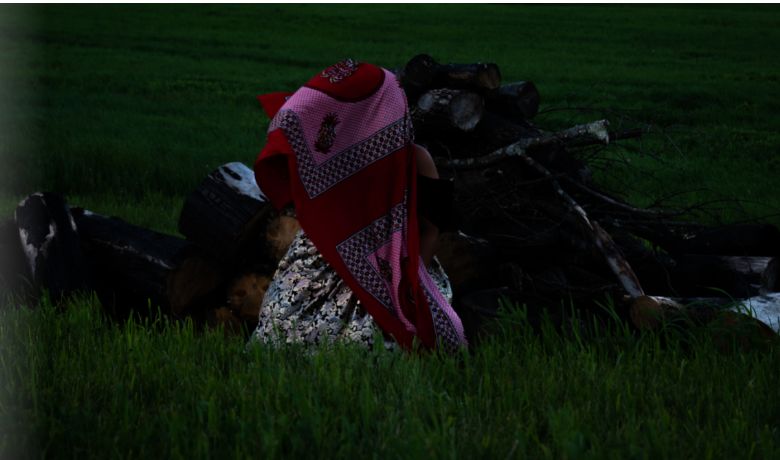 My self portraits point to the opposite direction; I, the African woman, have all the agency in how I am represented through the photograph. The whole shoot is directed and shot by myself, which is something that never happened in colonial Africa. The idea of fully or partially concealing my face is very important as a statement denying the colonisers “that descriptive image” they crave so bad [sic.]. It also represents how no one can fully understand us as a people due to our ancestral influence. 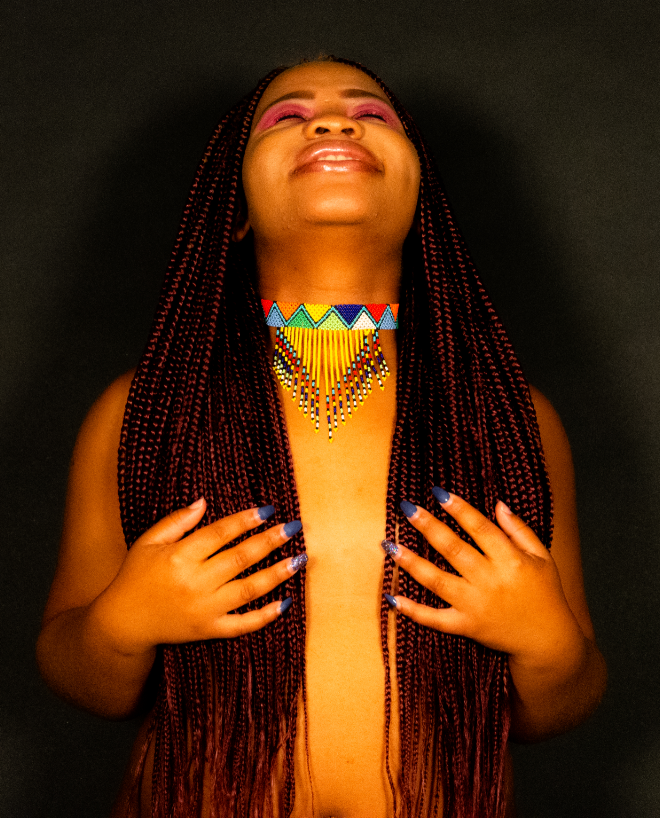